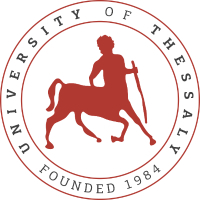 The second European Symposium on Software Engineering will be hosted by the Department of Digital Systems of the University of Thessaly which is located in the beautiful and historic town of Larissa in Greece. Larissa is the capital and largest city of the Thessaly region in central Greece and it is located in the middle of the largest plain of the country, under the shadow of Mount Olympus, the famous mountain of Ancient Greek Gods. Larissa constitutes an important transportation, educational, administrative and cultural hub in Greece. Larissa has a history of 8.000 years, with two ancient theaters within its urban structure, while it also has an important current cultural history and infrastructure.

The University of Thessaly / UTH (www.uth.gr) is a public university located in Thessaly at Central Greece. It was founded in 1984 and consists of 37 Departments and 8 schools. UTH is a University with its own identity and with a prominent position in the Hellenic educational system and worldwide. UTH provides undergraduate and postgraduate programs and extra-curricular modules in specific research and business fields, for over 43.000 students. The main mission of UTH is the promotion of scientific knowledge through research and the contribution to the cultural and economic development of the local community and wider society. UTH is known for its excellent research performance and outstanding scientific achievements, in accordance with international standards.

The Department of Digital Systems (ds.uth.gr) is located at Gaiopolis campus of the University of Thessaly in the city of Larissa. The department provides undergraduate and postgraduate programs and extra-curricular modules in the fields of Digital Systems and Information Technology. The department’s program of studies is focused on the areas of software engineering, digital services, telecommunication Systems and networks, information systems as well as in the educational and e-learning technology. The Department of Digital Systems has been actively involved and coordinated a number of national and EU funded R&D projects.